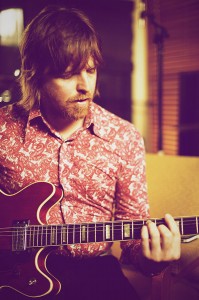 Rock’n’roll true believer Ashley Naylor and country chanteuse Sherry Rich were an unlikely pairing, but the stylistic clash of the Grapes yielded surprising results on the duo’s 1999 self titled debut.

The two acclaimed songwriters write, play and produce all tracks themselves. Inventive, accessible, and with a sweetness that is not without its shadows, ‘The Grapes’ is a collaboration of two respected artists that avoids gratuitousness and indulgence, instead providing a byway for both parties to delve deeper into their craft. 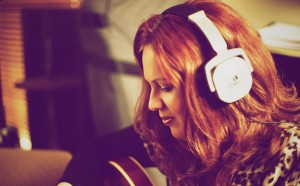 Rich adds girl-group sassiness and pack-a-day heartache to tunes with balanced, well-honed dynamics and a brittle rattle backbeat. Naylor is able to wind back from the rock-salute riffing of his band Even to let the subtlety of his guitar playing and voice shine through. The timbre of both Rich and Naylor’s voices and the musical backing are star, entwining the past with the present, coarsening the weave; if a mellow night of drink and the resultant unpicking of the long thread of memory are the central motif, then both Rich and Naylor strike the required tone of intimacy with precision.

SOME bands outstay their welcome, going through the motions and never finding the magic again. Some have a golden moment in the sun and disappear almost before we realise how good they were. The Grapes are the second kind, a Melbourne band that released one self-titled album in 1999. Of course, the duo had form: Ash Naylor from the superb trio Even and the angel-voiced alt country singer-songwriter Sherry Rich. Put them together and sparks flew.
At the time The Grapes hit the mark with fans of melodic power-pop, songs that felt like they had dropped from some long-lost vault of ’60s nuggets, from the classic riff’n’jangle of I Won’t Cry and Ocean Meets The Sun to the sighing country-psych of Marmalade. As the years have gone by it has become clear what a great record they made, bristling with energy, ideas and melodic invention.
The album’s two covers, of Gene Clark’s So You Say You Lost Your Baby and The Bee Gees’ Kitty Can, sent a signal about the kind of band they were and the kind of record collections where The Grapes would be right at home. I haven’t got a clue what other records I liked in 1999, but I know I have never stopped playing The Grapes. Or dreaming that, maybe one day, Ash and Sherry might feel like they could do it again.
Lovers of music with heart, with soul, with tunes that bury themselves deep inside, it’s time to rejoice. Here’s the sentence I’ve always wanted to write: The Grapes are back!

‘Western Sun’ captures [the grapes] growth and enormous talent, one of the outstanding releases this year”

a timeless, twangy and psychedelic joy to the ears”

the songs are just so strong! This is by far one of my fave albums of the year ”